Posted on by Peter Hajioff 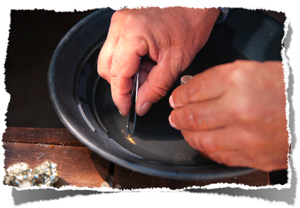 One of the most common questions we get asked when we quote for our live band to play at weddings, corporate functions, charity balls and the like – but especially private weddings – is something along the lines of: “Can you get rid of the VAT in return for cash?”

Just so the record is straight, the answer to this question is always no – it’s illegal.  If you’re a VAT registered company you must pay VAT on your service irrespective of whether you’re paid in cash or by cheque or credit card.

How Does Whether A Band Charge VAT Or Not Affect Their Quality?

First we need to look briefly at a figure that Customs and Excise term ‘the VAT threshold.’  Basically any business of any kind that turns over £73,000 or more in any 12 month period has to register for VAT.  There’s no exceptions, or qualifications.  The rule is cut and dried.

So here’s how the generalisation works.  If we say that on average a good 5 piece band charges somewhere in the region of £1600 per event – this figure will vary depending on factors like travel and increases for seasonally busy days, but let’s use £1600 for the sake of this article – then in order to stay below the threshold they’ve got to work less than 46 times in a 12 month period.

That might sound reasonable you think.  After all there are about 50 Saturdays a year where weddings can be held, and there are statistically less weddings in November, January, February and March, so maybe that even sounds about right.

Except if you thought that you’re not taking into account the amount of weddings that now happen on a Friday, or a Sunday, or the corporate party season in December, or New Years Eve which counts as two dates because most bands simply charge double.

So What’s The Big Deal About A Band Being Below The VAT Threshold?

There’s no big deal – but what it indicates is that the band are effectively a part time outfit, doing a maximum of 40 or so bookings in a year.

And why this is important is that a good band functions like a good team – and nothing fosters good teamwork more than regular performance in that team setting.  And that improved teamwork leads to a band’s sound being tighter and more cohesive – factors that non musicians might struggle to articulate, but which they nevertheless respond to subsconsciously (usually by dancing longer and harder!).

How Many Bookings A Band Does A Year Is Also A Sign Of The Demand For That Band?

If it were my event I’d book Band A too.

Are There Any Exceptions To This Rule?  Can You Book A Really Good Band That Doesn’t Charge VAT?

Yes there are some exceptions.  Firstly there are some types of act that are substantially cheaper than a party band who can perform 70 or 80 bookings a year without breaching the VAT threshold.  (Just so you know we’re talking about string quartets, solo singers, jazz bands).

And also there are ‘bands’ that generate part of their sound from backing tracks – so you can have a duo or trio that has live vocals and a couple of live instruments, and I’ve seen good duos and trios and they’ll certainly do a good job.  (Though I’ve got to say that I’ve played in duos and trios  and bands right up to 10 and 12 piece bands and as a generalization the band’s overall quality increases by a significant percentage each time it gets bigger – why this is so is the subject of another article.)

But if you’re looking at two bands that cost approximately the same and Band A charges VAT and Band B doesn’t, I’d be willing to bet that Band A were simply a better band than Band B.  Sounds strange I know, but it’s true.

Here’s what we’ve learned in this article:

2)   That if you want to book a quality band for your wedding one of the simplest ways to filter the list you found on Google is simply to strike out the bands who charge VAT – because by definition they will be inferior.

3)   That asking a band to forego VAT in exchange for cash is illegal.

So when you’re looking for a band for your event, don’t wince when a band tells you it charges VAT – instead rejoice because you’ve just found a high quality band to put on your shortlist.