Should I Book A DJ AS WELL As A Live Band For My Wedding?

Posted on by Peter Hajioff 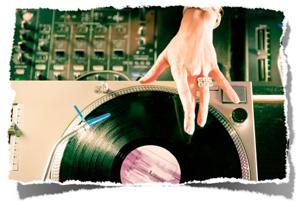 This is a question Carte Blanche get asked frequently enough to not only add it to our list of Frequently Asked Questions, but also to to expand it out and provide more detail.

So the question is:

Should You Book A DJ As Well As A Live Band For Your Wedding?

Having the ability to connect an iPod is also great for both you (the bride and groom) and the live band (the wedding entertainment) because they can pre-load song requests onto the iPod so that the ‘break’ music is tailored to your personal tastes.

What About The 5% Of Cases Where You SHOULD Book A DJ As Well As A Live Band?

From our own personal experience there are two scenarios where brides and grooms should consider booking a DJ as well as a band.

The first scenario is where you absolutely have to have a style of music that a band can’t authentically play.  Now most professional live bands can cover most styles of music – but if you really want to have authentic pumping house music for example, you’ll be better off with a DJ.

We’ve also shared the stage a couple of times with Bhangra DJs.  Again, that’s a style of music that few bands can authentically play.  (True Story – both gigs we did with Bhangra DJs were at venues with Noise Limiters. At both gigs the ‘Bhangra Crew’ unplugged the noise limiter so they could really pump it out!)

The second scenario where you would want a DJ is where your planned evening party splits into two sections – an earlier, traditional band set up where everyone from the wedding dances, and then a later, nightclub type set up that goes on to 4am or 5am and is mainly for the younger section of the wedding.

For most wedding scenarios a bride and groom does not – repeat, DOES NOT- need to book a Live Band and a DJ.  A reputable, professional band WILL be able to cover their breaks with music to maintain the atmosphere whilst they are on a break.

But if you want to go on really late – or need a specific genre of music – then you might want to book a DJ as well as a band.